What Should Our History Really Teach Us? 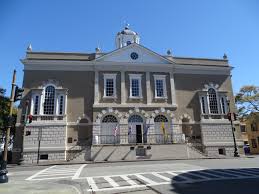 Growing up in the Lowcountry, I’ve always felt sorry for the Old Exchange & Provost building at the foot of Broad Street in downtown Charleston.

Architecturally, it’s beautiful, but not as elegant as nearby homes south of Broad or as majestic as the churches and public buildings along Broad and down East Bay.  It has served many purposes since its construction in 1771, and that is probably why it has always seemed more utilitarian and less thrilling than places like the Battery and Fort Sumter.

Today, the Old Exchange building is one of the newest restorations of a historic site that tries to tell the unvarnished history of South Carolina.

For sure, it is a test of how our state embraces our past in ways that do not ignore its shamefulness or overly glorify its considerable achievements.

The history of the Old Exchange begins before the United States even became its own country.  The South Carolina State Society of the Daughters of the American Revolution and the City of Charleston have done a commendable job of bringing it back in a way that makes its story come alive.

The main hall has been restored to have the same look and feel it did when citizens of the former Carolina colony met to approve the United States Constitution, and when they lavishly entertained their great hero, George Washington.  Similarly, the records of the many slaves and their families, who were cruelly auctioned off on its premises have been preserved to convey their humanity, vulnerability, and personhood.

There appears to have been a commendable effort at the Old Exchange to present a less of a romanticized view of our state’s past in favor of one that educates visitors in the present.

After a tour of the building, I was feeling not so much enthralled by South Carolina’s remarkable history, as challenged by how we now best use it in guiding our state toward a future that is even more free and just than the last.